This is a prediabetic male in his mid 60s who all of a sudden he developed redness and swelling in his right ankle that quickly traveled up his leg. He does not have any wounds, nor had he gotten sick recently. He had a white count in the 20s, and felt totally fine, did not have any fevers or chills. When I went to his hospital room to meet him, he was in his hospital gown standing and brushing his teeth in the bathroom like as if the ankle was no big deal. His A1c was under 6 but he’s got to have some form of neuropathy, which will have to be worked up later. 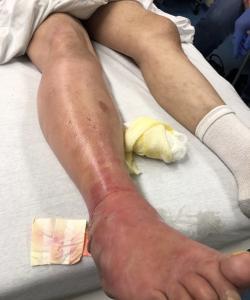 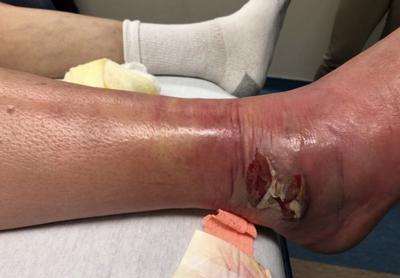 The swelling was so intense it was starting to break the skin and cause an ulcer on the ankle. I brought him to the OR that night for an incision and drainage, and there was enough pus to fill 2 cans of soda. 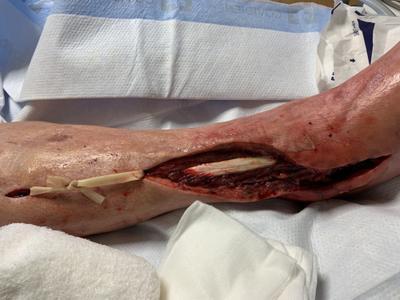 There was pus in basically the entire length of the extensor digitorum longus tendon, and some pus close to the ankle and subtalar joints. I didn’t see pus in the peroneal tendons, but unfortunately over the next few days there was more pus found at the lateral ankle region, so he had to be brought to the OR for a bit more surgery. 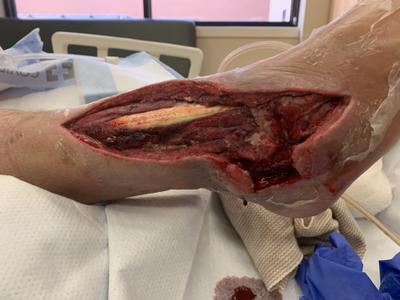 It looks like the infection was cleared at this point so we started using a wound vac to get the wound to fill in. The wound was too large to be closed with sutures. 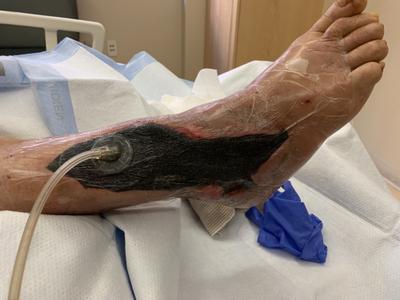 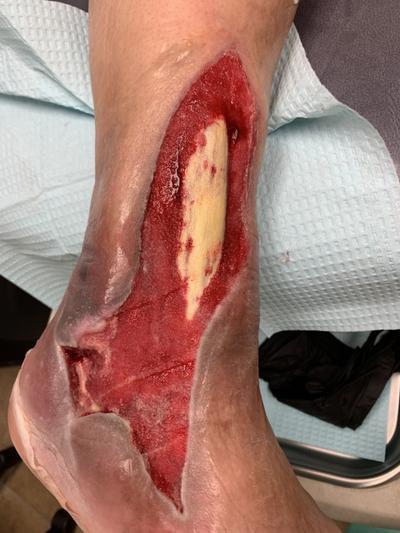 The wound is healing nicely, however the peroneal tendon (not well shown in the picture above but you can see a sliver of the tendon) was not granulating well. The reason was that the peroneal tendon sheath was necrotic so it had to be excised, but the EDL sheath was intact. Additionally, there was a lot of depth on the lateral ankle region, so I decided to use a collagen scaffold called Integra, which is a graft made out of shark cartilage and cow tendon. This graft allows the body to grow into the graft’s collagen to form neodermis, forming granulation tissue faster and acts as a bridge to allow the body to grow over dysvascular tissue such as tendons with no sheath. 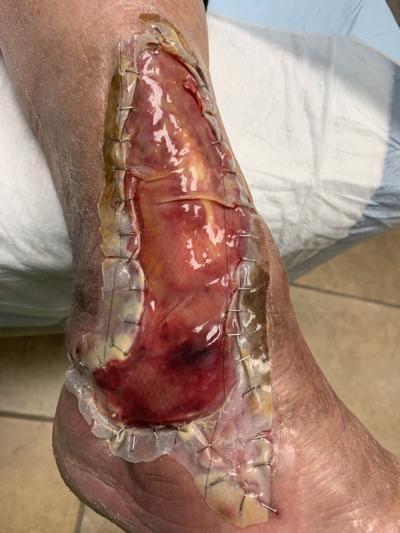 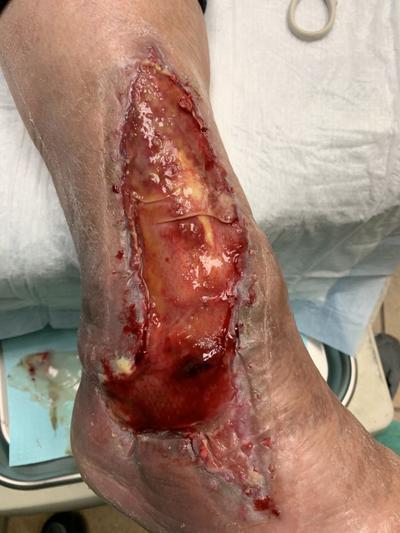 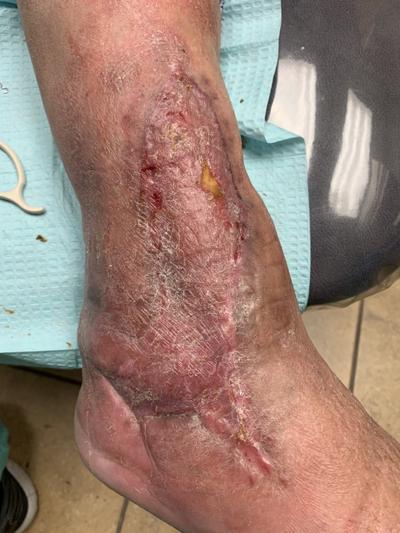 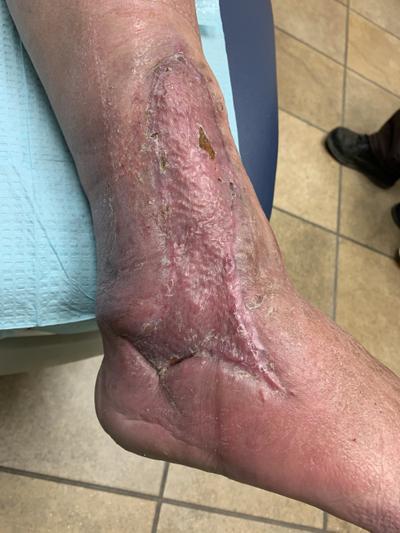