Diabetic foot ulcers are treated by removing the ground, or removing the bone. It sounds like an amputation but it’s not. Usually, foot ulcers are located on areas of the foot where there is a joint or prominence. It can be hard to tell where the joint is on the bottom of the foot because the fat pad hides them. You can, however, see the knuckles in the palm of your hand, and it’s very similar to knuckles of the foot. 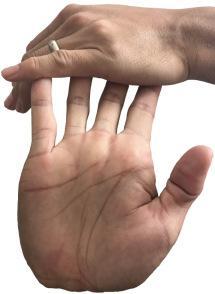 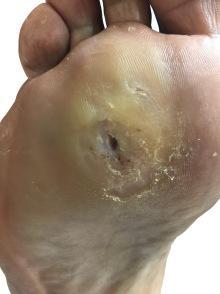 For ulcers located in this area, we can surgical remove the knuckle bone, which will then reduce pressure to the ulcer. We call this a resection procedure. The knuckle bone in a foot is called a metatarsal head. If the incision is made from the top of the foot to remove the bone, the ulcer will fill in on its own as in the animation below. If the incision is made from the bottom of the foot, we can cut out the ulcer and stitch the wound together. This can potentially heal a lot faster, however it doesn’t always work and you run the risk of having to deal with a bigger ulcer.

Removing Tension from the Foot

A way to add foot flexibility without having to make big incisions would be to cut or lengthen the tendons or ligaments. Tendons and ligaments in the foot are usually found just underneath the skin which means we won’t have to go as deep in order to cut it. It is also easier to cut a tendon or ligament than bone.

There are many individual or combination of structures that could be released to treat foot ulcers. The above are two commonly performed procedures for diabetic foot ulcers. There are advantages and disadvantages to each procedure, but this article is only to give you an idea of what the treatment possibilities are. These procedures are usually done as an addition to the offloading device.

Why not give everyone a joint resection or a release?

Surgery can be very powerful and effective, but it does come with risk of infection. This risk is higher for people with diabetes. Those with poorly controlled blood sugars and neuropathy have the greatest risk, we’re talking about a risk that ranges from 5% to 20%! These surgeries are supposed to prevent an amputation, but if it ends up causing the amputation because of an infection, that is not a happy scenario for anyone. That’s why surgery for foot ulcers are reserved for ulcers that are not healing in an offloading device, or for ulcers that have healed but came back (we call these foot ulcer recurrence).

Why don't we leave wounds open to air?

Scrapes and scratches in kids are commonly left to scab and heal without bandaging, but diabetic foot ulcers don't heal as well with this method. Find out why with this short article. 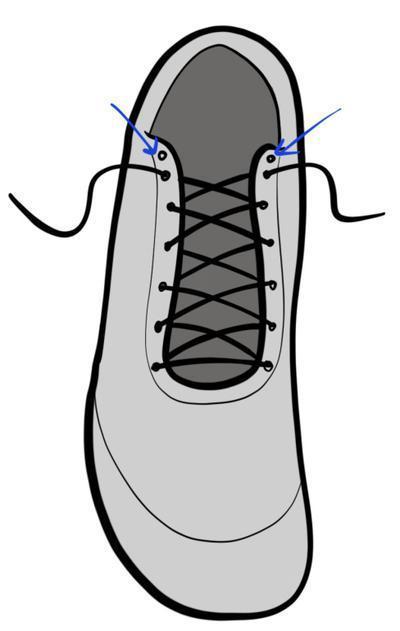 There are a couple simple shoe lacing techniques to reduce pressure to the top of the foot and to reduce friction blisters in feet.