This is a man who has been dealing with a diabetic foot ulcer for months, got infected seeding infection into the first webspace. It was opened up immediately and luckily the infection did not appear to involve the second toe despite the x-ray findings. 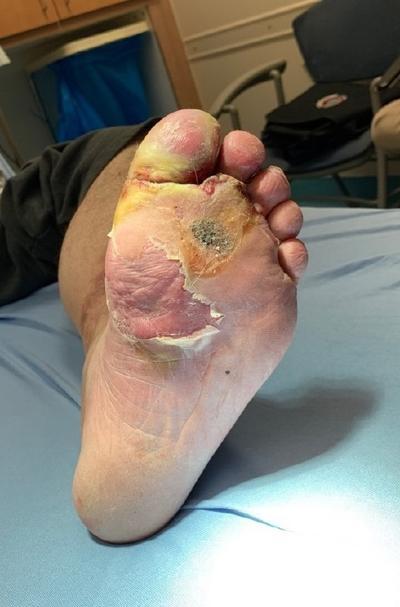 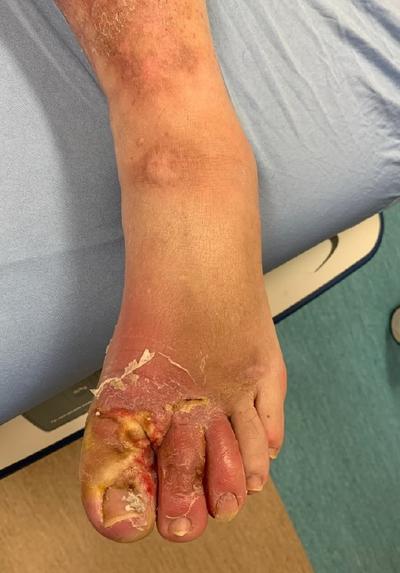 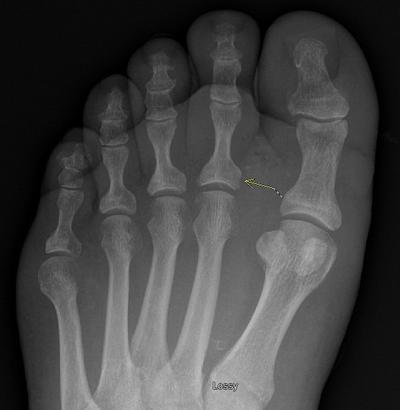 Concern for osteomyelitis of the 2nd toe 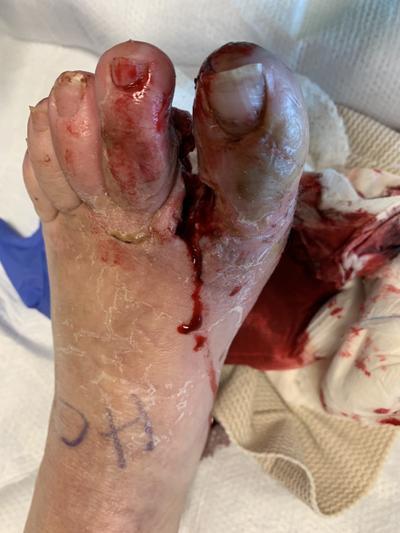 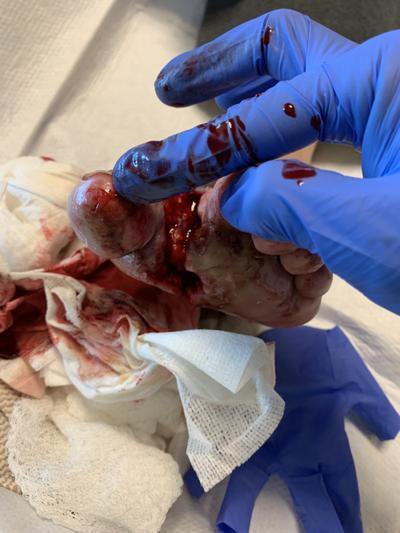 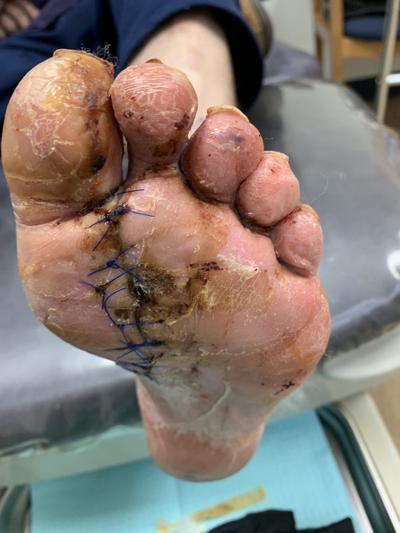 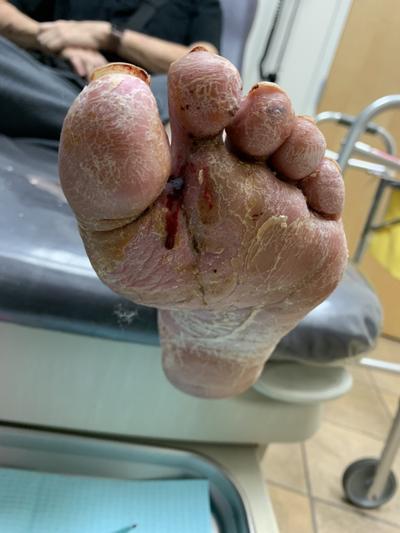 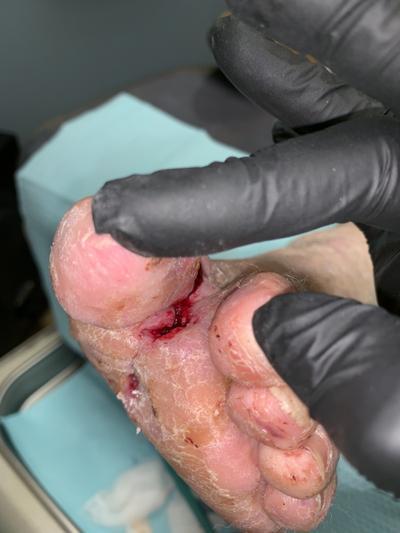 At 3 weeks, the sutures were removed and the areas of dehiscence were cleaned and debrided. This was then done weekly in clinic. He was allowed to walk at about 5 weeks after wound closure when the plantar wound has nearly healed. The webspace wound however took longer to heal. 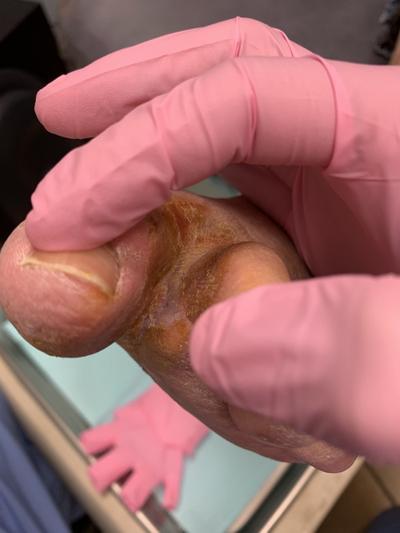 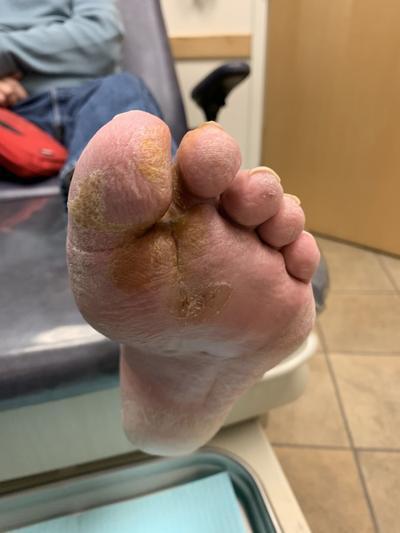 The webspace wound eventually healed along with all of the original ulcers. In my experience with closing webspace infections like this, it usually does not heal completely and requires a lot of follow-up and debridement, however they eventually do heal.