This is a man with type 2 diabetes who has been dealing with an ulcer for several months, unfortunately it seeded an infection surrounding the big toe. There is pus going between the toes and underneath the sulcus of the big toe, you can sortof see the change of color and bulging of the pus in one of the images above. The infection was aggressive enough to destroy skin, and with the infection surrounding half the toe, I’m concerned that if the infection has gone through the arteries and down to the bone, the toe may not be salvageable. 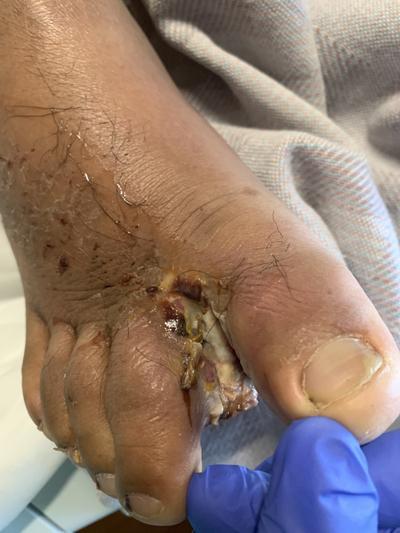 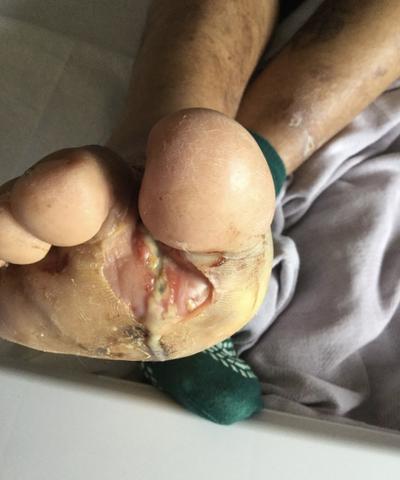 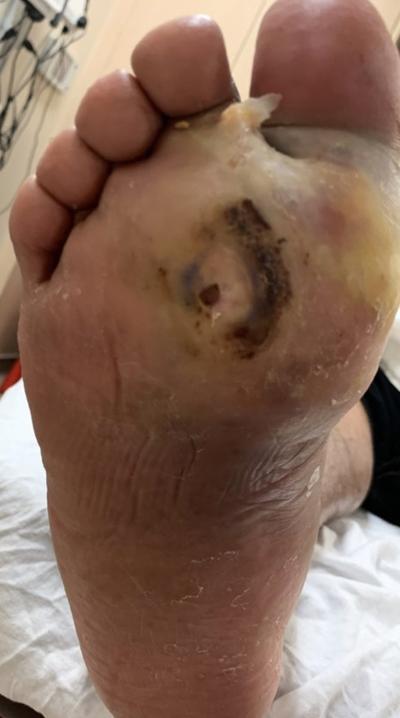 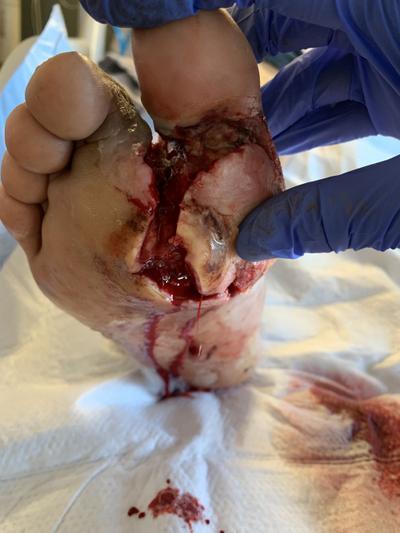 The infection surrounding nearly half the toe. The infection was close to tendon, but luckily did not involve the tendon’s sheath. After a few days of observation, there was no more pus and the toe still was pink and healthy, so I closed the wound.

The wound under the sulcus was large, so the toe was plantarflexed in order for the wound to be closed, which places a lot of tension to the wound. It was not a surprise that this area appeared to be struggling to heal already. There was another area that also struggled to heal near the fat pad. Again, not a surprise given how extensive the infection was. 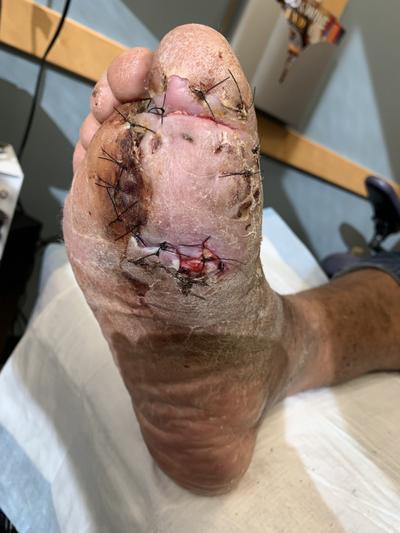 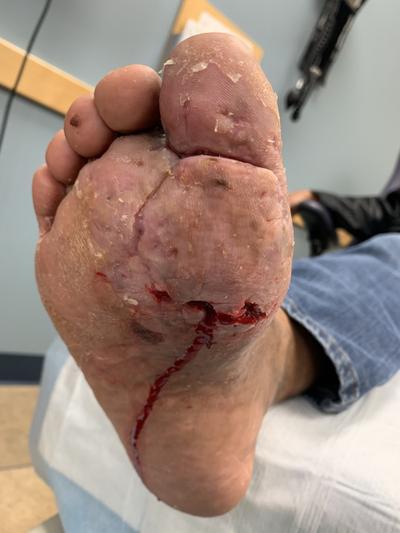 After 3 weeks, most of the incision healed beautifully, except for a couple spots. The wound was scrubbed, cleaned, and debrided weekly in the clinic, and he was very good with his home dressing changes. 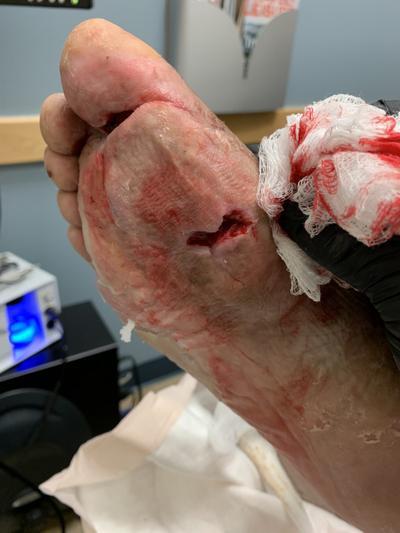 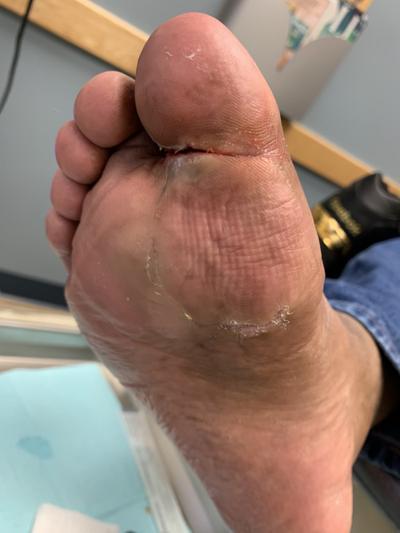 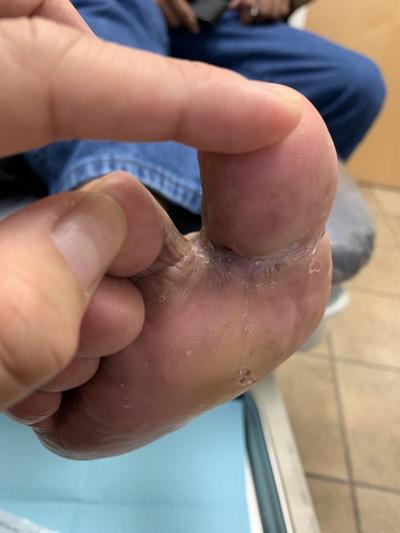 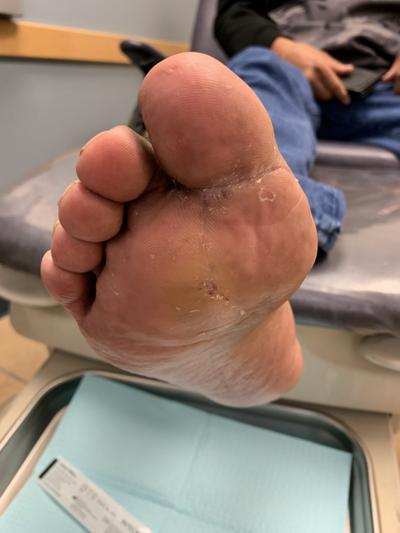 At about 1 month postop, most of the weight-bearing surface had healed so he was allowed to walk. After 3 months, the remaining wounds all have completely healed naturally.